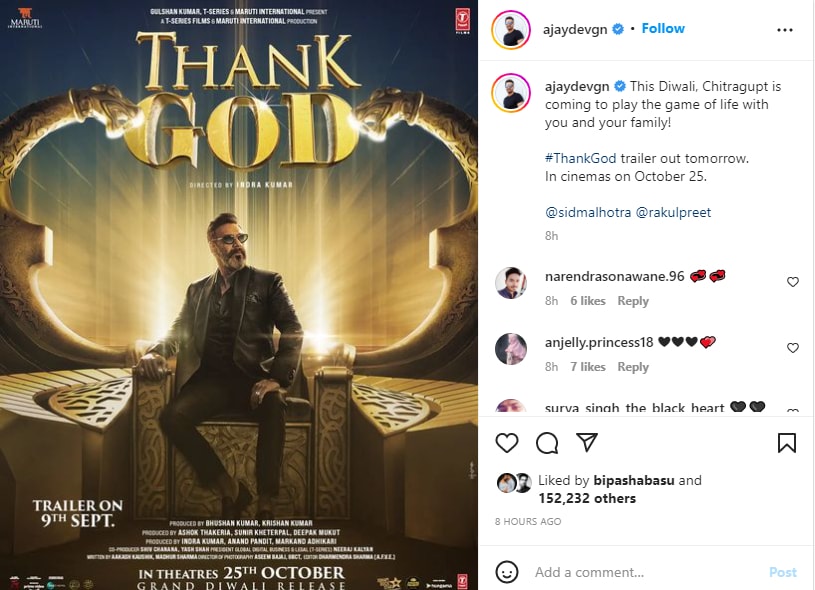 Ajay Devgn In this post, he also revealed the release date of the trailer. He wrote, ‘This Diwali, Chitragupta is coming to play the game of life with you and your family! The trailer of Thank God is going to release tomorrow. The film will be released in theaters on October 25. Meanwhile, Sidharth Malhotra, who plays the lead in the film, shared his first look and wrote, “This Diwali, will be the verdict of all karma, when a common man comes face to face with Chitragupta in the game of life! The trailer of #ThankGod will release tomorrow. In cinemas on October 25. Let us tell you, ‘Thank God’ is presented by T-Series and Maruti International and this film will be released simultaneously worldwide on 25 October.