Now this tweet of Amitabh has gone viral. As soon as he tweeted, his fans started wishing him a speedy recovery. Let me tell you, these days Amitabh Bachchan is seen hosting the 14th season of his famous TV quiz show ‘Kaun Banega Crorepati’. In such a situation, it will be a bit difficult to say whether the show will continue after Big B is corona positive or not, if the shooting of the next few episodes would have been done earlier, then the show will continue as it is. 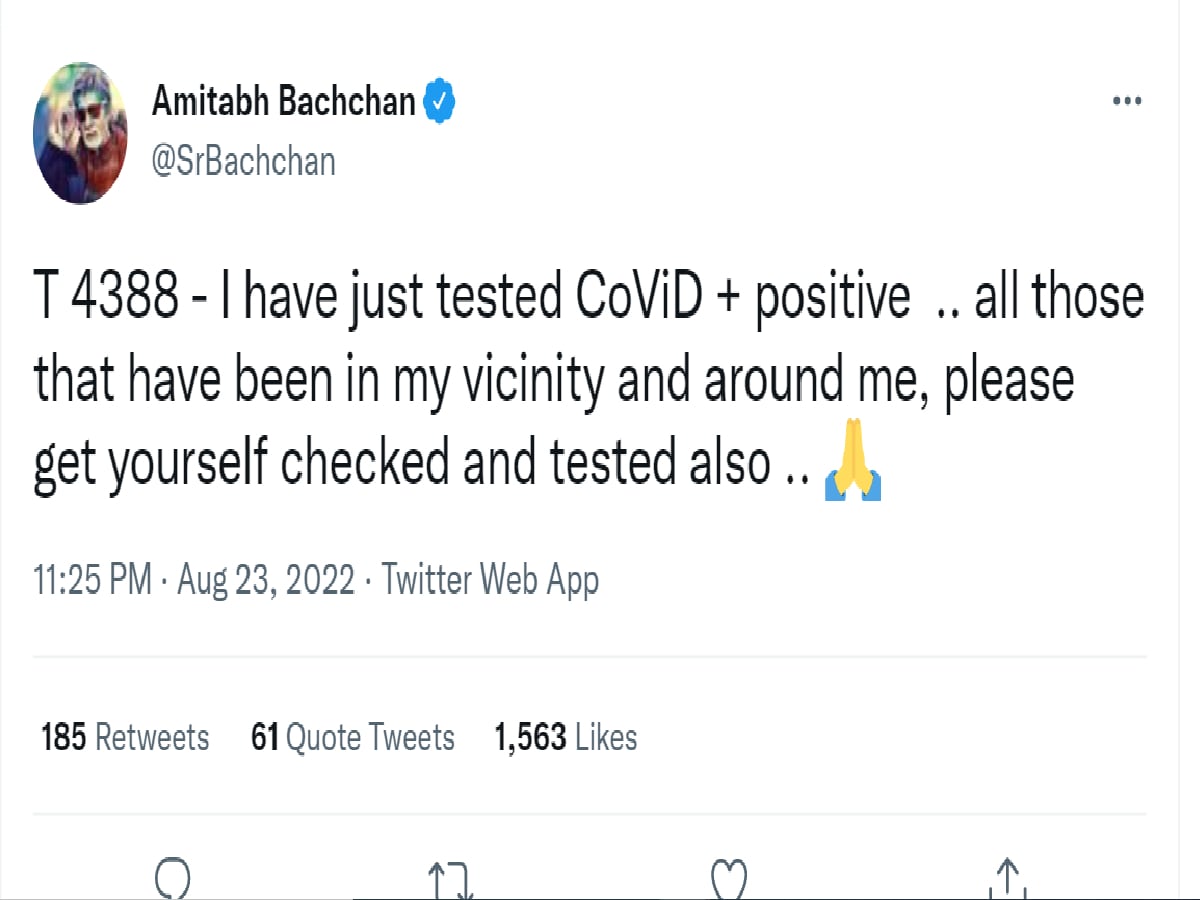 On the other hand Amitabh Bachchan He is also busy with his most awaited film ‘Brahmastra’. He will be seen playing an important role in this film. His fans are eagerly waiting for this film to see Amitabh with Ranbir Kapoor and Alia Bhatt on the big screen.

Let us tell you, ‘Brahmastra – Part One: Shiva’ will be released on 9 September in five Indian languages ​​- Hindi, Tamil, Telugu, Malayalam and Kannada. The film is produced by Fox Star Studios, Dharma Productions, Prime Focus and Starlight Pictures.