Shah Rukh Khan is in discussion these days for his cameo in his films and films. In the past, Shah Rukh Khan was seen doing cameos in R Madhavan’s ‘Rocketry: The Nambi Effect’ and Aamir Khan-Kareena Kapoor Khan’s ‘Laal Singh Chaddha’, about which he was widely discussed. Meanwhile, Shahrukh Khan’s elder son Aryan Khan has also come into the limelight. Actually, Aryan Khan returned to Instagram to share his first post in a year.

Aryan Khan, who last shared a post on August 15, 2021, on Monday shared pictures with his siblings Suhana Khan and AbRam Khan, which is now in the news. Shahrukh Khan has also reacted to this picture of his children and has also questioned his son as well.

Commenting on the photo, Shahrukh Khan has expressed his surprise that why he does not have this photo of his children. Commenting, Shahrukh writes- ‘Why don’t I have these photos !! Send it to me now.’

In the first picture, all three of SRK’s kids Aryan Khan, Suhana Khan and AbRam Khan are seen posing together for the picture. While Suhana is seen giving a big smile in the photo, AbRam was seen in a mischievous mood. At the same time, Aryan has held both his siblings and his attention was on the camera. In the second, Aryan was seen posing only with AbRam. 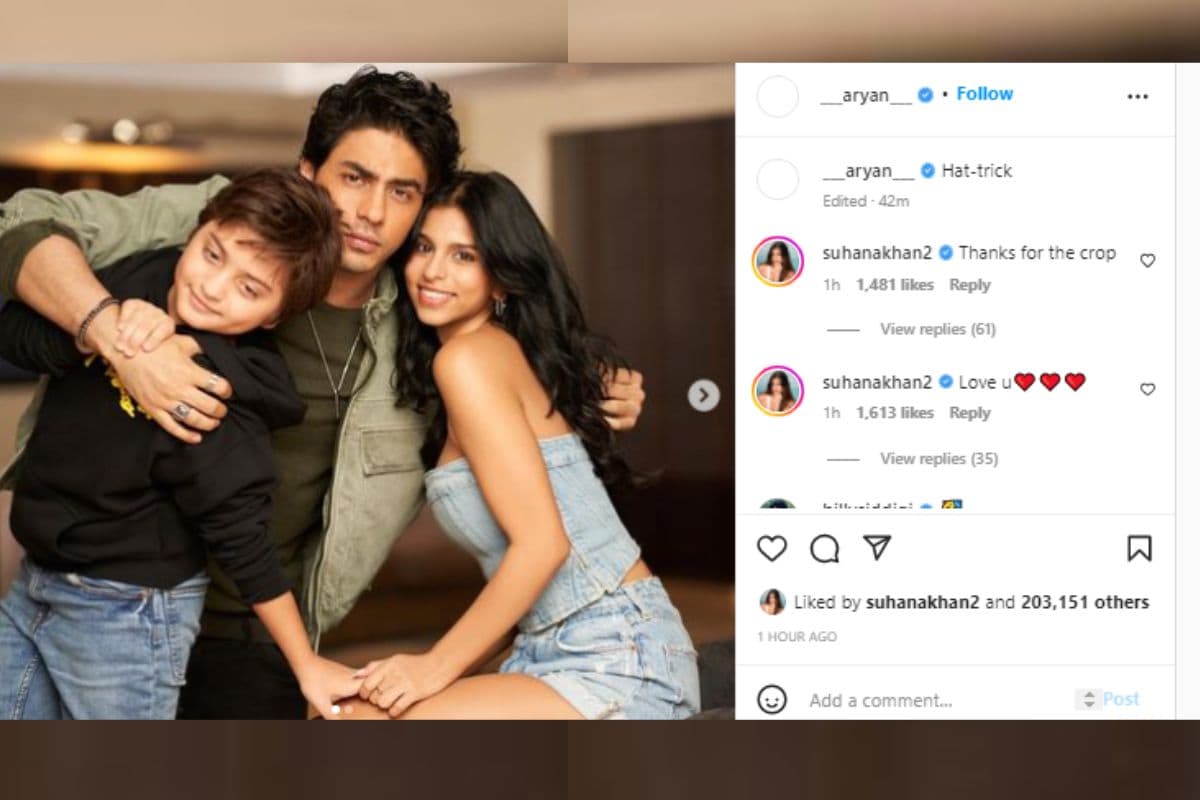 The second photo has been cropped by Aryan, for which Suhana has also called him thank you in the comment section. For his family photo, Aryan is wearing a green t-shirt with a light green jacket, while Suhana looks gorgeous in a blue denim dress. At the same time, AbRam is looking quite cute in a black hoodie and pants. Sharing the picture, Aryan wrote, “Ha-trick.”

Fans have also showered love on the photos of Suhana, Aryan and AbRam. One user commented and wrote- ‘You look just like SRK.’ Another wrote – ‘3 cuties in a single frame.’ Talking about Shahrukh Khan, these days he is busy shooting for his upcoming film ‘Jawan’. The actor arrived in Chennai on Sunday to shoot the film with Deepika Padukone. It is being told that the actress is playing a cameo in the film.