Asia Cup 2022, The 15th edition of the Asia Cup will be played in the UAE from August 27. On August 28, there will be a great match between India and Pakistan. As soon as he enters this match, Indian team captain Rohit Sharma will make a big record in his name. Hitman will become the first Indian cricketer to play in 7 consecutive Asia Cups as soon as he enters this match. He has played this tournament 6 times so far and has represented Team India in 26 matches. Significantly, India has won this title the maximum number of times. The previous title was won by the Indian team in 2018 under the captaincy of Rohit Sharma.

Not only this, Rohit Sharma’s eyes will also be on the record of Master Blaster Sachin Tendulkar. Actually Sachin Tendulkar is the highest run scorer in the Asia Cup by the Indian player. At the same time, now Rohit has a chance to overtake him. Sachin Tendulkar has scored 971 runs in 21 innings of the Asia Cup at an average of over 51, including two centuries and seven half-centuries.

On the other hand, Team India’s current captain Rohit Sharma has scored 883 runs in 26 innings so far. He is also the second highest run-scorer for India in the tournament. Rohit performed brilliantly in the last edition (2018) and also won the team the title under his captaincy. In the 2018 Asia Cup, he scored 317 runs in five innings. This also included his one century against Pakistan. 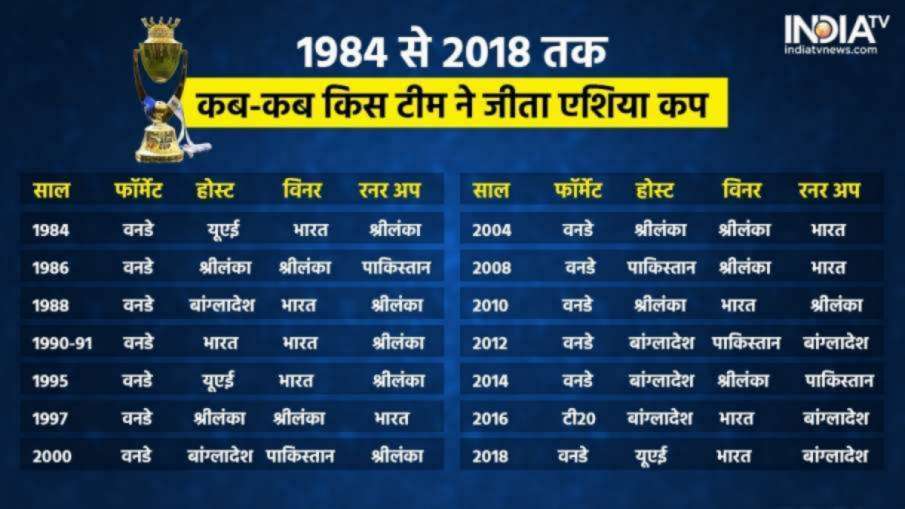 How many runs did Virat Kohli score in Asia Cup?