Warriors have their first win of the season. Warriors took a 25-10 lead against Titans in the first half

New Delhi. In the 8th match of the 9th season of Pro Kabaddi League, Bengal Warriors defeated Telugu Titans by a huge margin of 45-25. This is the first win of the Warriors of this season. In the first half, the Warriors took a 25-10 lead against the Titans. From the very beginning of the match, the raiders of the Warriors dominated. Captain Maninder Singh and Srikant Jadhav continued to pierce Telugu’s defense and collect points. Here, in the 9th match of the 9th season, Bengaluru Bulls defeated Puneri Paltan 41-39 in a thrilling fight and registered a second consecutive victory.

Warriors raiders were not allowing the Titans’ defense to last, which was the reason why the team all-out Telugu Titans twice (7th and 15th minute) in the first half. In defense too, Girish Maruti Ernak (3), Vaibhav Garje (2) and D Balaji (2) did not let the Titans raiders play freely. Vinay and Rajneesh got 3-3 in raiding and Vishal Bhardwaj got two tackle points in defense for Titans.

Warriors dominated in the second half
From the beginning of the second half, Bengal Warriors dominated and did not give any chance to Telugu. Meanwhile, Titans raider Rajneesh got injured, which shocked the Titans. Deepak Hooda appeared in rhythm and he consistently scored points for his team. Warriors captain Maninder Singh completed his first Super 10 of this season and Bengal team all-out Telugu Titans for the third time in the 28th minute.

Telugu’s Monu Goyat got three points while doing a super raid and tried to reduce the margin of defeat, but the Titans’ defense continued to leak points. Deepak Hooda showed his experience in the do and die raid and fired the three main defenders in a super raid. The main reason for the defeat of Telugu Titans was the poor performance of their defense. 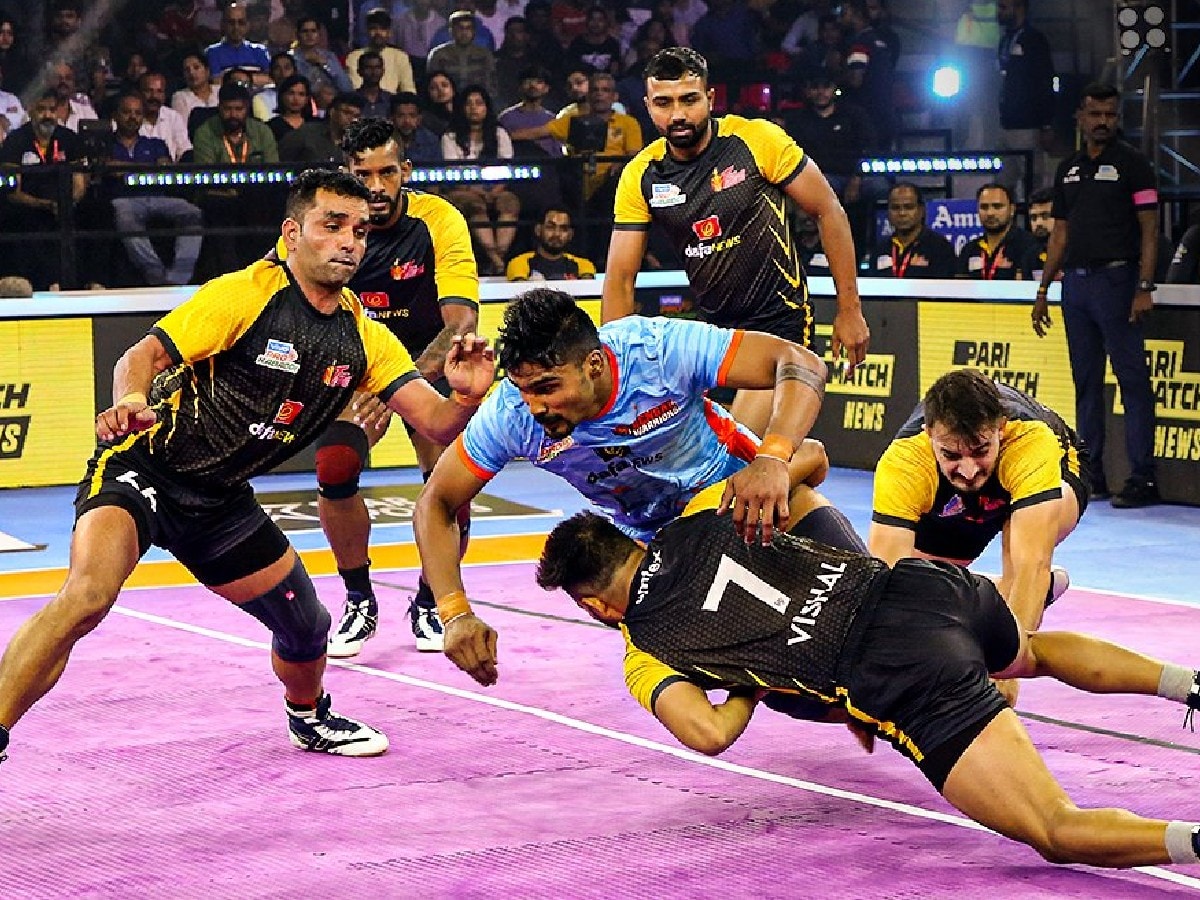 For the first time in the 32nd minute, Paltan got the Bulls out
However, first the Bulls saved themselves by making a super tackle and then Bharat, in his raid, dismissed the remaining four defenders of Puneri Paltan, in the 13th minute, Pune was all out for the second time. Vikas Kandola (7), Aslam Inamdar (7) and Bharat (9) impressed a lot with their raiding in the first half. In the beginning of the second half, the defenders of both the teams made some good tackles. Bharat added to the team’s lead by completing his Super 10. For the first time in the 32nd minute, Puneri Paltan all-out Bangalore Bulls. Aslam Inamdar also completed his Super 10.

Pune retained the momentum they had achieved and they narrowed the point gap with the Bulls significantly. The Pune team once again came close to all-out the Bulls and came back in the 35th minute to level the score at 35-35. In the end, this match became much more exciting and the Bulls managed to win this match by performing better.