More than 200 players from India are participating in the games

The Commonwealth Games were organized for the first time in 1930.

Overall 22nd season of the Games to be held in Birmingham

New Delhi. The stage for the new season of the Commonwealth Games (Commonwealth Games 2022) has been decorated. It is going to start in Birmingham from 28 July. More than 5 thousand athletes from 72 countries including India are participating in it. If we look at the history of games, it started in 1930. At that time it was known as the British Empire Games. For the first time it was organized in Hamilton (Ontario), Canada. Indian players did not participate in it. For the first time, Indian players landed in the Games held in London in 1934. 6 players from India participated in only 2 sports athletics and wrestling. Wrestler Rashid Anwar won India’s first medal of the Games by winning the bronze medal in 74 kg. In this way, India started the Games with a medal. However, we had to wait a long time for the gold medal.

Apart from the Commonwealth Games, Rashid Anwar also participated in the Olympics. He participated in the 1936 Berlin Olympics. However, he could not win the medal here. He was also preparing for the 1940 Olympics. But the Games could not be held due to the Second World War. During the war, Anwar worked as a driver in an ambulance. In such a situation, he is known for commendable work outside the field as well. Talking about the history of the Games, India has won a total of 102 medals in wrestling, including 43 gold. So far, in only 3 sports, Indian players have won more than 100 medals. 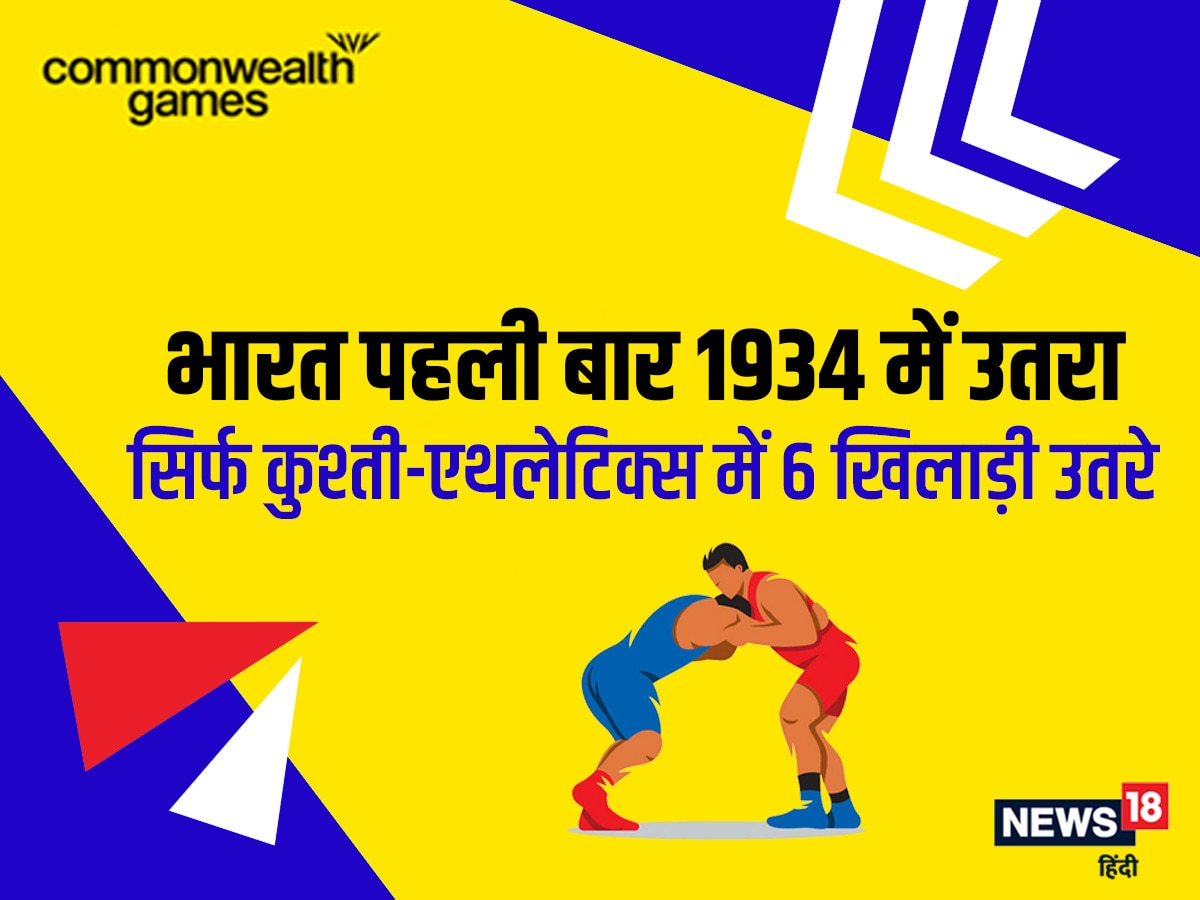 10 medals received for the first time in 1966
Talking about the history of Commonwealth Games, India reached double digits of medals for the first time in 1966. Then he got 3 gold, 4 silver and 3 bronze medals. During this 7 medals were won by wrestling players. Bishambhar Singh, Mukhtiar Singh and Bhim Singh captured the gold. On the other hand, Shemrao Sable and Randhawa Singh won the silver medal. Apart from this, Hukum Singh and Vishwanath Singh won the bronze medal. Praveen Kumar won silver in hammer throw of athletics. Dinesh Khanna got bronze medal in badminton. It was also India’s first medal in badminton at the Games. At the same time, Mohan Lal Ghosh got silver in weightlifting. Overall this is the 22nd event, India did not land 4 times
The Commonwealth Games to be held in Birmingham is the 22nd event overall. Talking about India, he did not land 4 times during this period. Apart from 1930, our players did not play in New Zealand in 1950, Perth in 1962 and Scotland in 1986. Talking about the history of the Games, India has been successful in winning more than 100 medals only once. In the 2010 Commonwealth Games held in Delhi, Indian players won 101 medals including 38 gold, 27 silver and 36 bronze medals. In the last Games held in Gold Coast in 2018, India got 66 medals including 26 Gold, 20 Silver and 20 Bronze. Harmanpreet & Co arrives in Birmingham for CWG 2022, see how the team was welcomed

The games are going to start from 28th July. A total of 215 players from India will show their strength in 16 games. However, India has suffered a major setback due to the withdrawal of shooting. If we look at the history of the Games, India has won the most medals in shooting at 135. This includes 63 gold, 44 silver and 28 bronze medals. India has so far won 503 medals including 181 gold, 173 silver and 149 bronze medals in the overall Commonwealth Games. This time for the first time women’s cricket has also been included in it. The Indian team under the leadership of Harmanpreet Kaur is also a contender for the medal.