Disha Patani is in news these days due to many reasons. On one hand, where she is in news due to her breakup with actor Tiger Shroff, on the other hand she is garnering accolades for her sizzling photo. Along with this, he is also in discussions about his upcoming project. Amidst all this, Disha has shared two pictures of her latest photoshoot on her Instagram, in which she is looking very beautiful. The unique style of the actress in the photos is attracting the attention of the people. Fans are going crazy over his looks and style. However, seeing her photo and caption, her fans say that she looks a little disappointed.

Sharing her latest pictures on Instagram, Disha wrote in the caption, “Passion can drive you crazy, but is there any other way to live?”

disappointed in the photo
In the photo, Disha can be seen posing in a sizzling style wearing an orange bikini. Looking lovely as ever in loose and messy hair. Although she looks quite serious in the photo. In such a situation, fans are speculating by commenting on his post that Disha is missing Tiger Shroff at this time. Another fan has asked why are you in the mood. 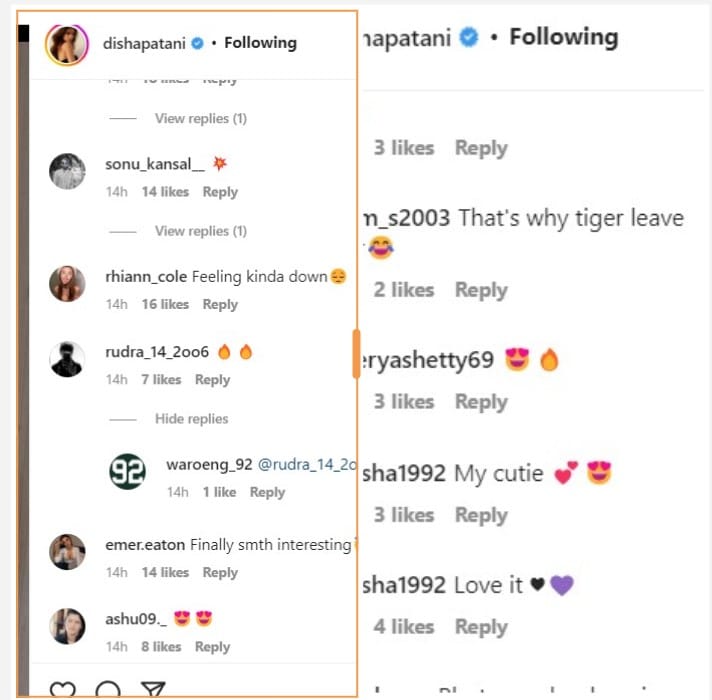 Tiger breakup
According to a report in Bombay Times, there has been a rift in the relationship between Tiger and Disha. Both have separated now after a long relationship of 6 years. Marriage is being told as the reason for the breakup of both of them. In the report, a friend of Tiger revealed the reason for their breakup and told, Tiger was in a live-in relationship with Disha ever since she started living separately from father Jackie Shroff and mother Ayesha. The relationship of both of them had been for a long time and Disha felt that now they should get married. But Tiger was not ready for marriage yet. It has also been told in the report quoting a friend that Disha had also talked to Tiger about this, but every time his answer was ‘no’. Disha wanted to get married, but Tiger was not ready. In such a situation, both of them decided to break up.