The rapidly rising sun known as Shreya Deshmukh hardly needs an introduction. These deep dark eyed diva with flowy black hair is a perfect picture of glamor which has of late set social media on magma and lava (because fire is too mainstream). Her otherworldly charms have already hypnotized over 16.4k followers in instagram. Recently, nicknamed this talented artist Mau had played a crucial role as a second lead in a Marathi movie which is set for release.

Coming back to the essence, we all should tremble at the mention of eerie spirit (weird and singsong shrieks at the background) Brahmarakshas, Brahmarakshas is an Indian thriller and supernatural TV show of Zee TV, Produced by Ekta Kapoor and Shobha Kapoor, this show is a classic entertainer under their banner Balaji Telefilms. After the huge success of season 1, Brahmarakshas is back to haunt us all with its season 2. And it gets even more exciting as this time, it is featuring our beloved angelic actress Shreya. Shreya here is cast alongside lead Pearl V Puri (playing Angad Mehra) and Nikki Sharma (playing Kalindi Sharma,

Shreya plays Priyanka who is horror-struck as she gets abducted by Brahmarakshas, She then somehow flees her captivity and it is here that she bumps on to the female lead, Kalindi (played by Nikki Sharma, She anxiously starts telling about Brahmarakahas. The stress takes a toll striking Priyanka unconscious. Kalindi then hospitalizes Priyanka who goes in a coma and then? Some things are best left in suspense! 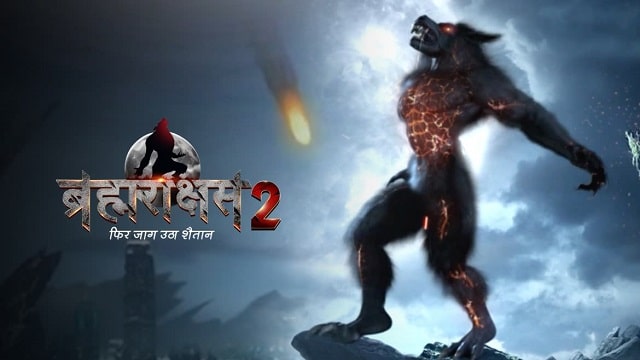 So, sit tight and tune on to Zee TV in the coming weekends and enjoy the supernatural trip to the terrifying terrain of Brahmarakshas, May Shreya conquer this adversity of a demon.