Ayan Mukerji Directed by Ayan Mukerji, ‘Brahmastra’ is all set to release on the big screen on September 9. The film stars Ranbir Kapoor and Alia Bhatt in lead roles. Before the release of the film, Ayan along with Ranbir and Alia had reached the famous Mahakaleshwar temple in Ujjain to seek blessings. But Ranbir and Alia were not allowed to enter the temple on the old statement on eating beef. Now, in a press conference held in Delhi, Ayan talks about the Ujjain protest and the film’s boycott.

Ayan Mukerji said, “I have to request you that I want to answer this question. I want to take this question because today we have come here to talk about ‘Brahmastra’. As a producer of this film, I think it is important that we keep our conversation around ‘Brahmastra’. In Madhya Pradesh, I was feeling very bad that Ranbir Kapoor and Alia did not come with me to visit the Mahakaleshwar temple.” 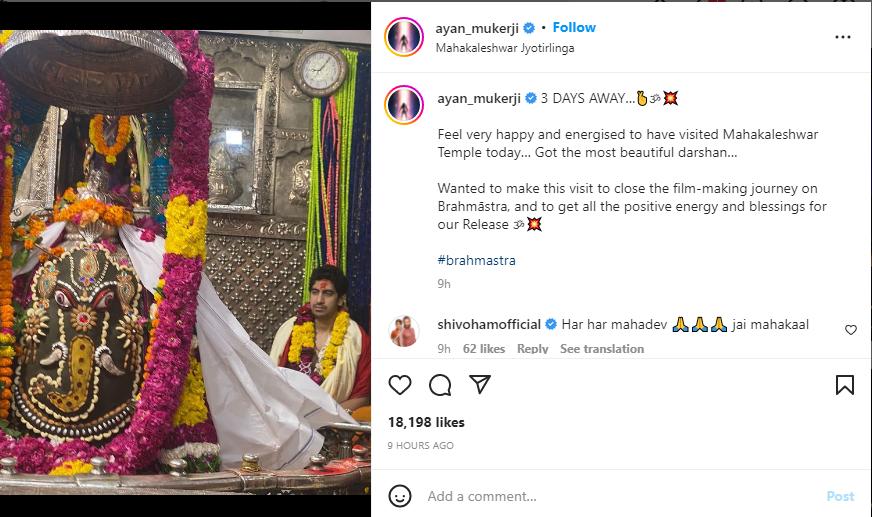 Ahead of the release of ‘Brahmastra’, Ranbir Kapoor-Alia Bhatt protest, prevented from entering Mahakal temple

Ayan went alone because of Aaliya

Ayan Mukerji further said, “But when we reached there and we heard about this, I thought let me go alone, finally I went to seek blessings and energy for the film and that blessing is for everyone. I did not want to take Alia there in her present condition so I went alone. I felt very bad and when I went I felt that they too could come and have darshan.”

Hindu organizations protested outside the temple

Let us tell you, on Tuesday evening, Ayan Mukerji, along with Alia Bhatt and Ranbir Kapoor, had arrived in Ujjain to visit Baba Mahakal. But outside the temple, activists of Bajrang Dal and Vishwa Hindu Parishad strongly opposed him, after which Ranbir and Alia returned without darshan.