New Delhi. In the 12th match of the Pro Kabaddi League (PKL 9), Haryana Steelers defeated Tamil Thalaivas 27-22 in a low-scoring match. This is Haryana’s second consecutive win of this season. At the same time, Thalaivas has got the first defeat of the season. Thalaivas’ first match was a tie. Pawan Sehrawat was not available in this match due to injury. Thalaivas felt the lack of wind. The start of the match was very slow and no team could score 10 points in the first 10 minutes.

In another match, Telugu Titans secured their first win of the season by defeating Patna Pirates. Titans beat Patna Pirates 30-21.

The raiders of both the teams, Steelers and Thalaivas, were struggling continuously and the score was moving forward thanks to the defenders. Just before the end of the first half, Haryana’s Manjeet took two points in the same raid and brought Thalaivas close to all out. In the 19th minute, Haryana took the lead by 14-8 after Thalaivas was all out. Taking two points in the last minute, the Thalaivas reduced Haryana’s lead till the half, with both the teams taking six tackle points each in the first half.

Defenders in the second half
In the second half also, both the teams showed excellent defense. The raiders of both the teams crave one point each. Defenders on both sides scored points continuously. Jaideep from Haryana and Sagar Rathi from Thalaivas were constantly taking points in defense for their team. Manjeet the only raider to score five or more raid points. All the raiders of Thalaivas together could take only seven raid points. 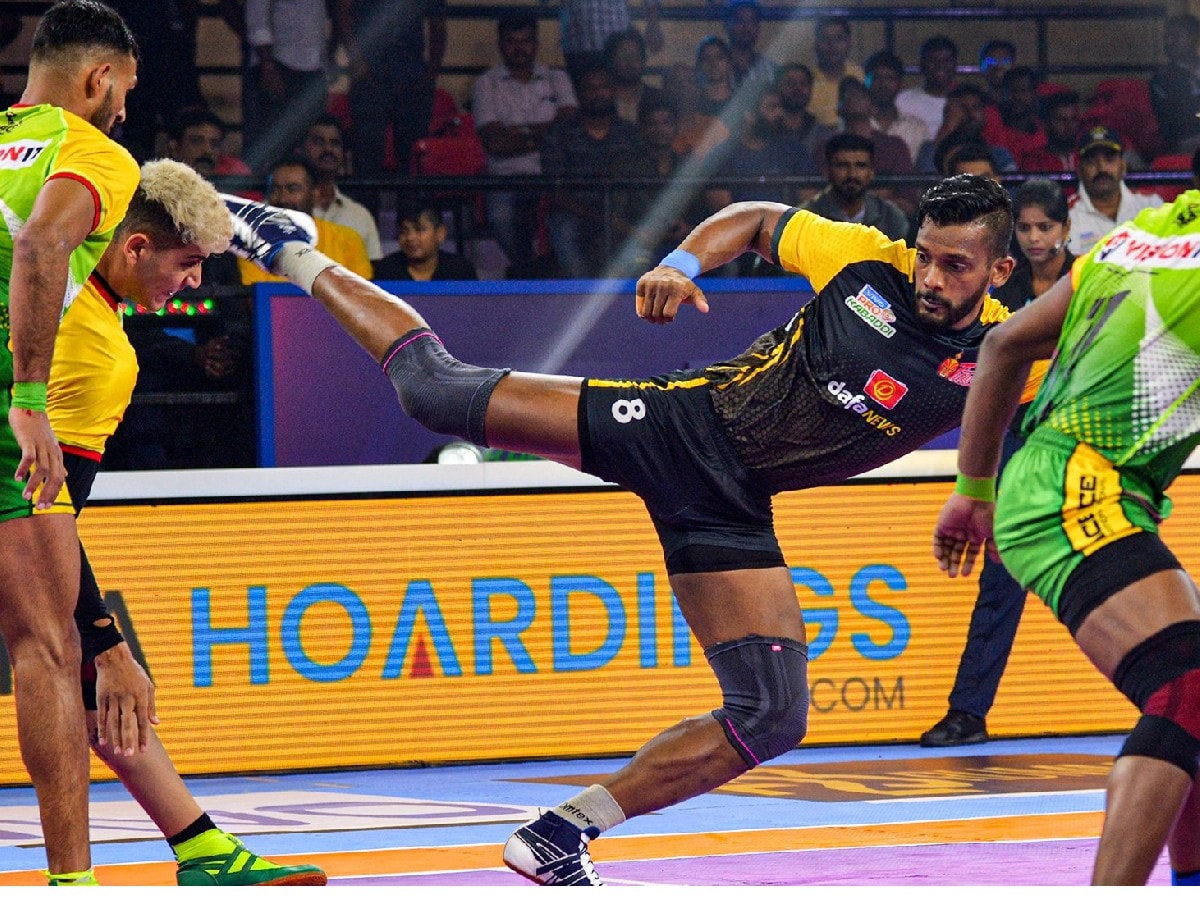 Telugu Titans registered their first win by defeating Patna Pirates
In the 13th match of the Pro Kabaddi League, Telugu Titans registered their first win of the season by defeating Patna Pirates 30-21. After losing the first two matches in a row, Titans have got their first victory. At the same time, the team of Patna lost the second consecutive match. Taking a big decision before the match, Titans dropped their captain Ravinder Pahal from the team and Surjit Singh was given the captaincy.

Titans were seen in control from the beginning of the match. Patna also played carefully and did not give Titans a chance to take more lead. However, in the 17th minute, Monu Goyat all-out Patna in a single raid and gave Titans an 8-point lead. Till half time, Titans maintained their 8 point lead. Monu performed brilliantly in the first half and hit 10 raids and scored 8 points. Siddharth Desai also appeared in color, he also took 6 raid points in the first half. Sachin Tanwar and Rohit Gulia got 4-4 raid points for Patna.

The second half Titans decided to play on the third raid. In the first 12 minutes of this half, both the teams combined scored only 9 points. Titans did not show much interest in taking points in the second half, they were only concentrating on maintaining the lead. At the same time, despite the continuous efforts of the raiders of Patna, they could not get close to the Titans. Monu Goyat was a star for the Titans, scoring nine raids and one tackle point.