Salman Khan (Salman Khan) Apart from his films, he also remains in the headlines because of his personal life. Bhaijaan has dated many actresses. The name of the actor has been associated with Aishwarya Rai, Katrina Kaif, Somy Ali and Sangeeta Bijlani, but Somi Ali has been an attacker regarding the actor. He has made many serious allegations against Salman Khan.

Somi Ali has once again accused Bhaijaan. While sharing the poster of ‘Maine Pyar Kiya’ on Instagram, he has called Salman Khan good and bad. She writes in the post, ‘The man who assaulted women, who has done this not only to me, but to many women. Stop worshiping them. 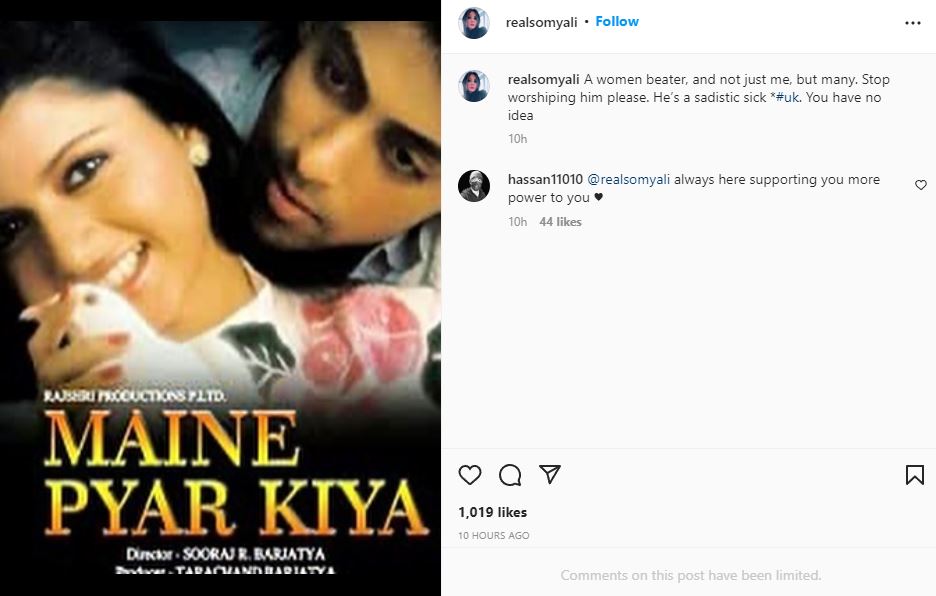 Somi Ali had accused Salman Khan of cheating
She further writes in the caption, ‘She is a psychopath. You don’t have any idea. Somi Ali shared this post on Instagram about 10 hours ago. The actress had earlier told in an interview that she was dating Bhaijaan. She also accused Salman of cheating on her.