Bollywood actress Sonam Kapoor welcomed her first child with husband Anand Ahuja on Saturday 20 August. The couple was blessed to be the parents of a son. In such a situation, there is an atmosphere of happiness in the Kapoor family to the Ahuja family. Everyone is congratulating Sonam-Anand and wishing their baby the best. This is what Sonam talked about on parenthood. Along with this, she also shared some special information about her plan regarding parenting duty and schooling of the baby. However, the most special and funny thing is that in her latest interview, Sonam has also given a befitting reply to those people who trolled her on social media for her maternity photoshoot.

Let us tell you that Sonam did a maternity photoshoot for the popular Vogue magazine. In which she was seen braless in a long shirt, flaunting her baby bump. In the photo, the buttons of his shirt were open, in which his baby bump was clearly visible. While sharing this photoshoot, the magazine congratulated Sonam on her becoming a mother. As soon as this photo of Sonam surfaced, people started trolling her on social media. Now Sonam gave her reaction on this matter. 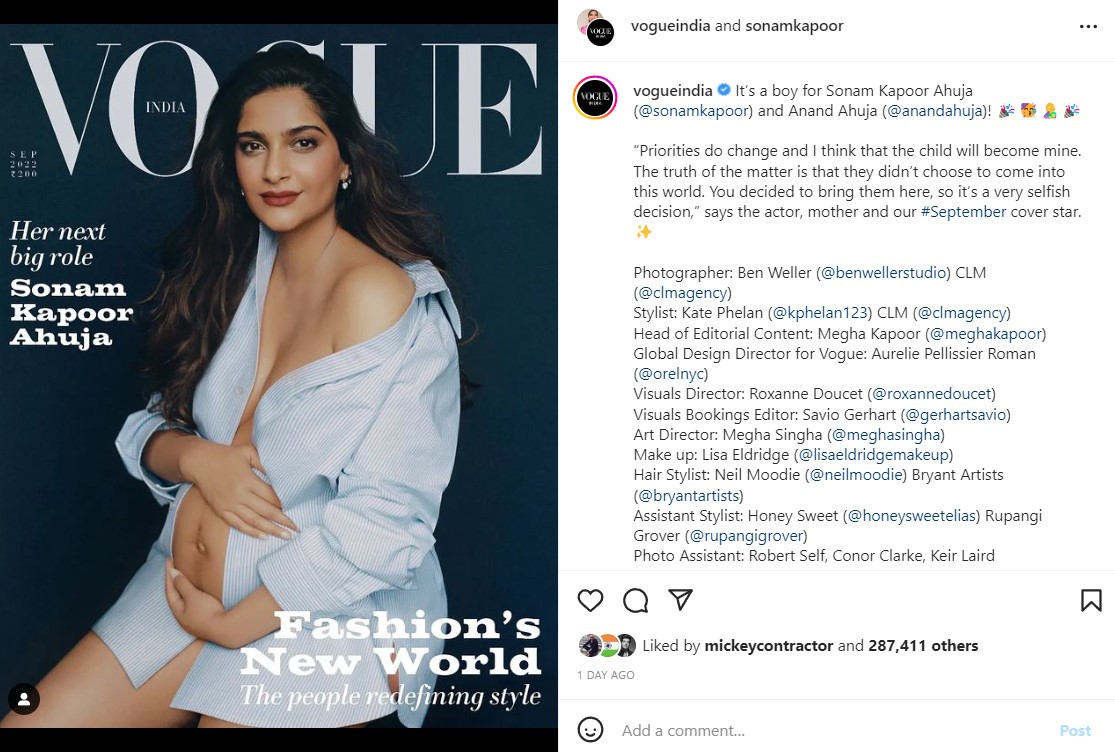 Trollers replied
While talking to Vogue recently, Sonam claimed that she has now stopped reacting to such things. According to the report, Sonam said, ‘I feel that the thing I have grown up with is reacting to things that I do not need to react to. Thankfully, with age and experience, I have become more understanding about it. That is also because I know that I lead a very charming life. That’s why this happens to me. In fact, now I do not even have any valid reason to complain, so if someone behind me is saying something negative about me, then believe that it is not of my use at all.

Public speaking person on self-told issues
She continued, “If I say something today to celebrate my body and my womanhood, it shouldn’t be a surprise. I have always been one of the public discussing issues like dark circles, PCOS, weight gain and stretch marks.