Taapsee Pannu is in the news these days for her film ‘Dobaaraa’. Directed by Anurag Kashyap, ‘Dobaara’ is getting mixed response from the audience and critics. But, amidst all this, the Twitter war between Taapsee Pannu and film critic Kamal Rashid Khan is also in discussion. The debate between the two continues on Twitter. In such a situation, now filmmaker Hansal Mehta has come forward in support of Taapsee Pannu and her film Dobara. Along with this, he has also done a lot of classes for KRK.

KRK made another tweet, in which he wrote- ‘Today Taapsee’s film again was running with housefull occupancy throughout the day. And the film has collected a huge amount of 8 lakhs. Hansal Mehta has shared the screen shot of KRK’s tweet. With which he has also answered them in his own style. 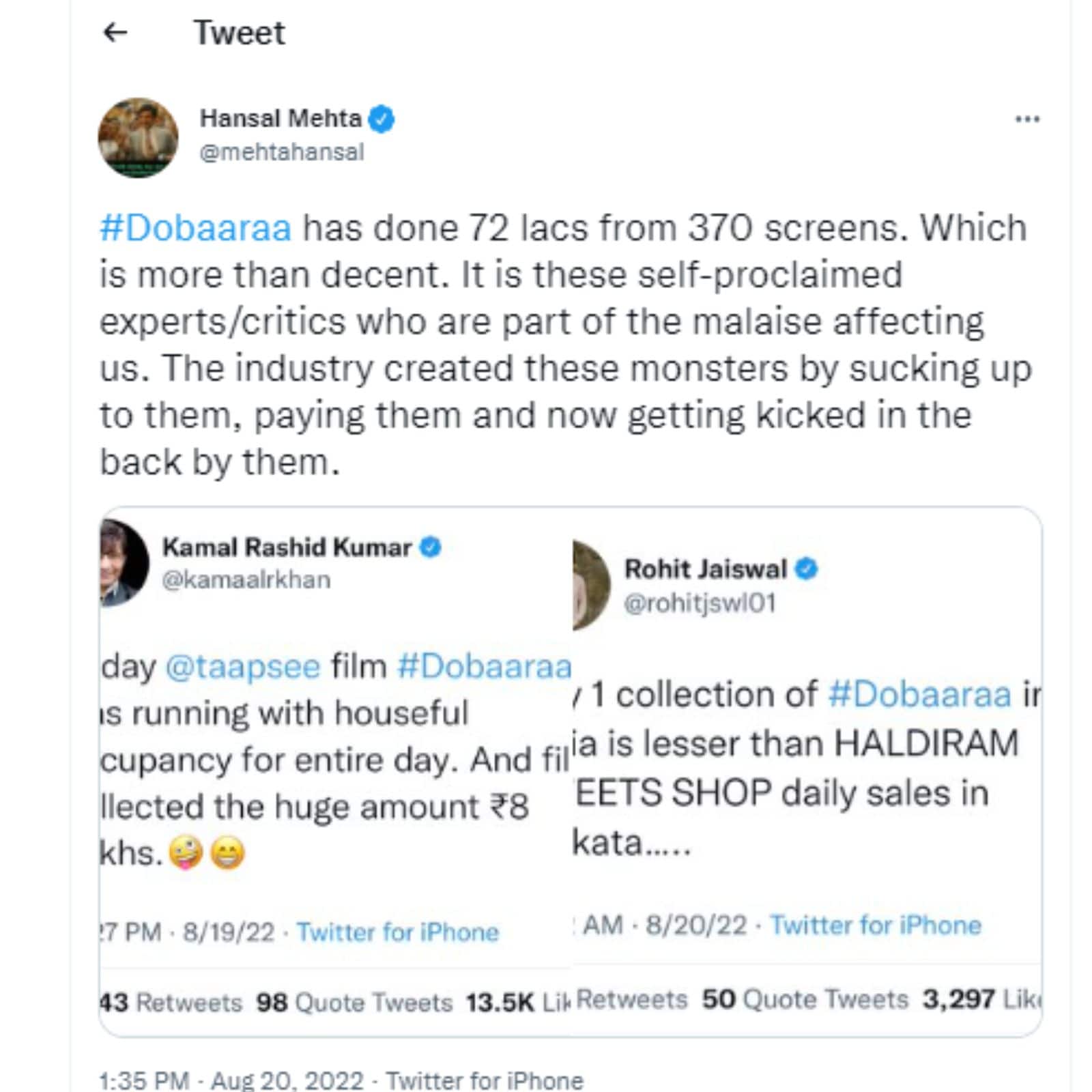 In his tweet, Hansal Mehta wrote- ‘#Dobaaraa has made 72 lakhs from 370 screens. Which is more than decent. It is the self-proclaimed experts/critics who are part of the malaise affecting us. The industry created these monsters by feeding, paying and now these same people are kicking the back of the industry.

Directed by Anurag Kashyap, ‘Dobaara’ was released in theaters on this Friday i.e. 19 August and the film has done business of more than 1 crore so far. Dobara gained momentum on the second day of release. ‘Dobaara’ is the official remake of the 2018 Spanish film Mirage. The film opened in just 370 screens across the country, making it Taapsee’s second film after Mithali Raj’s biopic Shabaash Mithu.