Vineet Kumar Singh There is an actor and writer but before that there is a doctor. Vineet, who did his MD in Ayurveda from Nagpur Government Medical College, made his debut in the film world at the age of 21. Vineet made his debut in the year 2002 with the film ‘Pita’, after working in several series, Vineet’s work got recognition after doing films like ‘Bombay Talkies’ and ‘Gangs of Wasseypur’. . His work in ‘Daas Dev’ was highly appreciated.

Born on August 24 in a Rajput family of Varanasi, Vineet Kumar Singh is also a prolific basketball player, having played matches up to the national level. His father is a mathematician. Vineet wanted to go to the National School of Drama from the beginning but did not get permission from the family members. After passing the CPMT exam, he took the degree of Ayurveda, then also did MD and is also a licensed medical practitioner.

Talent hunt got work in ‘Pita’
Vineet may have studied medicine, but the acting worm was buzzing, so the superstar came to Mumbai to take part in the talent hunt and emerged victorious. Actor-director Mahesh Manjrekar was the judge in this talent hunt, then he offered Vineet a role in the Sanjay Dutt starrer film ‘Pita’. If this film did not work, then Vineet also did not get much benefit. After this, Vineet worked with Mahesh Manjrekar as an associate director in the films ‘Virudh’ and ‘Deh’. But after some time he left the direction and completely focused on acting. He also worked in Bhojpuri serial. Worked in the film ‘City of Gold’ but after ‘Gangs of Wasseypur’ with Anurag Kashyap, Vineet had no shortage of work. 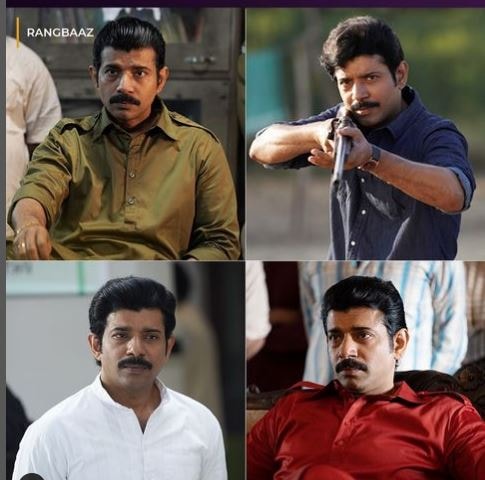 Also read- Rangbaaz Season 3 has a connection with Sahabuddin? Vineet Kumar Singh reacted to the story of the series

no friends in bollywood
Vineet has also taken a lot of push to make his place and during this time he got a chance to know and understand Bollywood closely. The actor had told in an interview to the media that ‘I have learned this in this industry that no one is friends here. Here hugs meet but hearts do not meet. Here business dominates while cinema is a creative thing. Along with the box office, if we talk about better films, shows, then only we will be able to move forward. Before films, we start thinking about the box office. If the actors don’t work on the story, promote absurd things, then one day the ground will slip from under their feet.